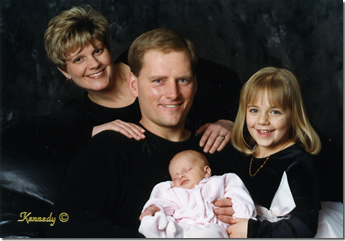 Half-way through my second pregnancy, I developed an enlarged lymph node in my neck.  After assurances from my ob, I underwent surgery.   A few days later, I returned to the surgeon’s office.  I expected him to walk in and tell me everything was fine, but instead, he sat down and said, “I have some bad news, some really bad news.”  He proceeded to explain that I had Hodgkin’s disease but he couldn’t answer my most pressing questions about how it would affect the baby that had just begun moving inside me.

He suggested I consider terminating the pregnancy to improve my survival chances and scheduled appointments for me with a medical and radiation oncologist, but the appointments were several days away, and I wanted answers NOW.  My OB’s office was in the same medical complex so I marched across the parking lot determined to get some answers only to find him and my primary care physician on vacation.  I spent the next few days and nights doing research on the internet and making awkward calls to relatives.  It is amazing that in this day and age most people still hear the word “cancer” and assume you are going to die, and although they didn’t say it, I could hear it in their voice.

One of my searches led me to Hope for Two…The Pregnant with Cancer Network.  I tearfully called and was surprised that anyone understood my sobbing message enough to call me back.  Within 24 hours I was talking to someone else who had experienced the same cancer and had a healthy 5-year old to tell about, and I HAD HOPE!  I was so comforted to know that this wasn’t as abnormal as I thought it was.  I finally slept that night after I’d talked to my support person.

At last the day arrived for our first appointment with the radiation oncologist.  He had already pulled several medical textbooks off his shelf with very brief articles about the treatment of pregnant lymphoma patients and had made phone calls to the authors.  His calls to both coasts and Canada were returned, and our plan was starting for formulate.  The next day I met with a medical oncologist, and he too had been making a lot of phone calls to find oncology specialists with information about how to treat a pregnant cancer patient.   We were prepared to move half-way across the country to see a specialist but found one who had successfully treated five other pregnant lymphoma patients in a neighboring state.  The specialist was in a large research teaching hospital, so I also had access to an experienced perinatologist.  We formulated a plan there, and I went back to my hometown for treatment.  My local ob communicated with that perinatologist as well as a doctor we found through the Hope for Two…The Pregnant with Cancer Network.

I’m a teacher and firmly believe knowledge is power.  I’m also something of a control freak and armed with the anecdotal information I got from my Hope for Two…The Pregnant with Cancer Network support person and the belief that the baby and I would both survive, I set about gathering as much knowledge (power) as possible.  One thing that made me feel more in control was a notebook I put together with sections for articles, medical records, questions (and notes about the answers), doctor’s phone numbers, fax numbers & addresses, insurance information, etc.  I carried it to each appointment so doctors didn’t have to wait for things to be faxed to them and I didn’t have to dig through my purse or agenda finding information.  My husband commented that my forward and direct approach questioning doctors was rude, but I felt strongly that it was my responsibility, and if I ruffled a few feathers along the way then so be it.  I was amazed by how much time each doctor gave us, and not one of them ever appeared offended by all my questions even when I disagreed with them.  Before I had cancer, I would have been annoyed having to wait in a doctor’s office.  Now, I know they are running late because they are likely coping with a patient in crisis just like I was.

Chemotherapy wasn’t as bad as I had imagined.  The side-effects really aren’t that new to a pregnant lady.  I was still tired and nauseous, but FINALLY, someone was giving me anti-nausea medication, and the severe nausea that had plagued me the whole pregnancy was under control.  What a bonus!  Plus, all those pregnancy hormones kept me from losing my hair.  I was hospitalized one time for fever after the first chemo and two other times for contractions the night after chemo, but the rest of the pregnancy was really uneventful.   I had frequent sonogram glimpses of our baby, got a lot of attention, and for the first time ever, I was a stay at home mom, so our 4-year old daughter and I got special time together.  I treated cancer treatment like a pregnancy complication and really didn’t dwell on the long-lasting effects being a cancer survivor would have on my life.  Three weeks after finishing chemo, Elise Katherine was born 21 days early weighing 6 lbs. 9 oz.  We had planned to deliver her early so I could start radiation, but when we arrived at the hospital for the drug to ripen my cervix, I started having regular contractions and was already dilated to 3 cm.  They broke my water, and she was born 4 hours later.  She came out perfect and has met physical and developmental milestones ahead of schedule.

Nursing was very important to me, and I had nursed our first daughter until 18 months.  Since I was done with chemotherapy before Elise was born I did research and was ecstatic to learn I would be able to continue nursing even once I started radiation because my breast tissue was not in the treatment field.  By day 5, Elise had lost a pound and a half and it was clear I wasn’t making milk and I had no control over it.  (Remember, I’m a control freak and had treated cancer treatment as a pregnancy complication up to this point!)  My appointments with oncologists continued, and I was forced to face the fact that I had cancer and would never get away from the “C” word for the rest of my life even if I did win this bout and become a survivor.   The baby blues struck with a vengeance.  I was so angry that I couldn’t make milk, I couldn’t quit crying, I wasn’t being the mom I wanted to be, and I still had cancer!  A very patient and caring lactation consultant convinced me to contact my primary care physician.  A few months on an anti-depressant and I was back to my old self.  I kept working at nursing and although we had to supplement the first three months I finally made enough milk to exclusively nurse Elise after I finished radiation.

Elise’s story ends happily here but mine continued.  When she was four months old a CT scan showed an enlarged lymph node in my chest.  I was nursing and had just given birth so we watched it a few months.  It wasn’t getting smaller, so after our summer vacation I underwent a biopsy.  The results were inconclusive so we continued watching and waiting.  A month later, I had another lump on my neck, and I knew.  This time the biopsy confirmed that my cancer was either back or had never left.  Because of the pregnancy, I didn’t undergo extensive staging tests.  The doctors couldn’t determine if my cancer had been under-staged and under-treated or whether I had a more aggressive form of cancer.  Regardless, all the doctors we consulted (and those they called on the phone) recommended a stem-cell transplant.  When Elise was 8 months old my husband and I left her and our now 5-year-old with revolving grandparents to head out-of-state for the treatment that would hopefully save my life.  It did, and although I missed her first steps, my story has been ending happily for four years now.   I would never choose to have cancer, but it has been a blessing in my life.  I am a better wife, mother, daughter, sister, and friend because of it.

Whether you’re reading this because you are a survivor, a newly diagnosed while pregnant patient, or a family member, friend, or doctor of a pregnant with cancer patient I hope you find the same hope for a healthy child that I found.  This organization has truly been a blessing for us and I can’t imagine surviving the experience sanely without Hope for Two…The Pregnant with Cancer Network!

I am still cancer free and healthy!  Elise will be in 6th grade this fall.  She is enrolled in the gifted program and continues to be incredibly healthy and a joy in our lives.  It seems like another lifetime ago when my surgeon suggested terminating the pregnancy so I could begin treatment.  I am still so grateful a PWC business card was on the desk of the switchboard operator at M.D. Anderson when I called there searching for a doctor with experience treating a pregnant woman.  Connecting with my PWC support person brought immense relief and finally tears of joy and hope rather than tears of fear and hopelessness.  Thank you PWC network!!!!!!