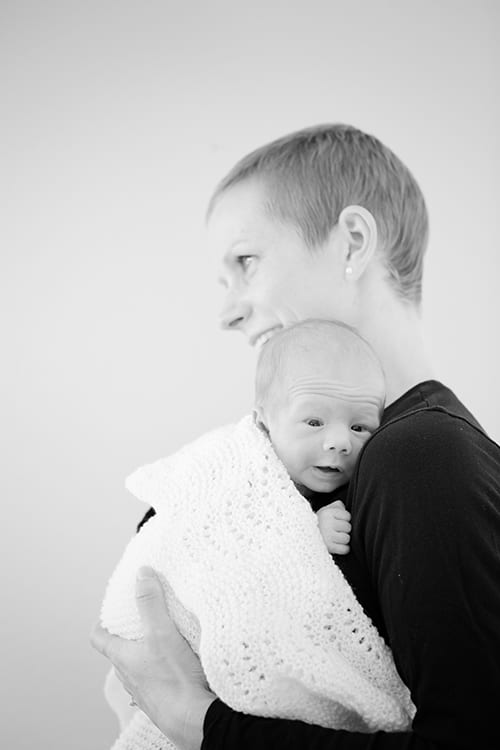 (The New York Times News Service) — MaryBeth Zea of Little Falls, Minn., was only 28, married but childless, when breast cancer struck in 1988.

The surgeon who performed her mastectomy told her that because her cancer was not hormone-sensitive, pregnancy would probably not make much difference to her chances of a recurrence. He told her that pregnancy was a personal choice.

But MaryBeth was afraid that the stress of pregnancy and its outpouring of hormones could stimulate a regrowth of cancer. She also feared what would become of a baby if she should get sick again. And so she chose to remain childless and devote herself instead to her marriage and career, now as a still-healthy portrait photographer.

When Randi Gaier, a 34-year-old mother of two preschoolers in Wynnewood, Pa., was treated for Hodgkin’s disease 15 years ago, surgeons first moved her ovaries out of the radiation field before administering the radiation therapy that treated her. Still, she worried enough about the possibility of a recurrence and whether her body could sustain a pregnancy to wait six years into marriage before trying to start a family.

Today, as millions of men and women of childbearing age and younger are surviving cancer, the question of reproduction is arising as a paramount consideration in planning treatment. Among the issues are the ability to preserve fertility while curing the disease and the safety of pregnancy for both mothers with cancer and their future children.

In a continuing study of more than 20,000 survivors of childhood cancers, the two greatest concerns mentioned by former patients two and three decades later are “Can I have children?” and “If I have children, will they be healthy?” said Dr. Leslie Robison, an epidemiologist at the University of Minnesota Medical School, who directs the project involving 25 cancer centers. “Today more than 75 percent of children with cancer are being cured, yet we know little about the side effects of treatment beyond the first 10 years.”

While some cancer treatments – drugs as well as radiation – can cause sterility or reduced fertility in men and women, preliminary evidence suggests that cancer therapy, in general, affects the ability to reproduce and to produce healthy children less than previously thought. At the same time, new ways are being devised to reduce the effects of cancer treatments on fertility and on pregnancies already in progress when a cancer is discovered.

In the first report on reproductive issues from the 25-center study, soon to be published in The American Journal of Obstetrics and Gynecology, the researchers found that while higher rates of miscarriage and lower birth weights were observed among the offspring of former patients, “there are a large number of live births, births of healthy children, a lack of congenital abnormalities and very low cancer rates,” Robison said.

“The data are extremely reassuring,” she added. “It’s a very good-news type of report.” The researchers would not provide details of the findings before publication.

Dr. Giuseppe Del Priore, director of gynecologic oncology at Bellevue Hospital in New York, and his colleagues at the New York University School of Medicine noted in the January issue of Contemporary Ob/Gyn: “Less than a generation ago, reproductive-aged women with cancer generally had little to hope for and even less to look forward to. But things have changed. Many cancers are no longer a death sentence. More and more women with cancer are now becoming pregnant and raising legitimate fertility concerns.”

Today, a doctor could tell Zea of Minnesota and other women like her that pregnancy is no longer ill-advised. Even women whose breast cancers are discovered during pregnancy should no longer be advised to terminate the pregnancy, because there are no data indicating a therapeutic benefit from such an abortion, the New York experts said.

Today, too, even cancers directly involving the reproductive organs – ovaries, uterus and cervix – can sometimes be treated in ways that permit future pregnancies and the births of healthy babies. Many of the modern chemotherapeutic agents are less damaging to ovarian function than the older drugs and do not induce permanent early menopause. Thus, a woman’s fertility may return months or even years after treatment ends.

Fears that potent cancer-fighting drugs will damage the DNA of a woman’s eggs or a man’s sperm and result in birth defects have not been borne out by experience.

As Dr. Elyce H. Cardonick, a perinatologist at Thomas Jefferson University Hospital in Philadelphia, wrote in the March/April issue of Coping magazine, “The medical literature contains reports of children born of parents previously treated for cancer, including Hodgkin’s disease, leukemia, melanoma and breast cancer, and no excess of birth defects or medical diseases is reported compared to the general population.”

She continued, “There is also no report of damage to the children’s chromosomes, despite their parents’ preconceptual cancer therapy.”

Dr. John J. Mulvihill, a pediatric geneticist formerly with the National Cancer Institute and now at the University of Oklahoma Health Sciences Center, has studied this question in thousands of patients who were treated for cancer early in life and were monitored for decades. He said in an interview, “We can be quite reassuring that if fertility is maintained, there will be no increased risk of birth defects or genetic disease.”

There are, however, cancers that run in families, and susceptibility to these cancers could be transmitted to patients’ children, but the treatment itself is not now considered a factor influencing genetic risk.

Mulvihill said he would like to do more detailed studies to determine whether subtle injuries to the human genome might occur from the chemicals and radiation used in cancer treatments.

“Our knowledge of the genetic effects of environmental insults come largely from studies in mice,” Mulvihill said. “Maybe people are protected against environmentally induced genetic insults. Perhaps the testes and ovaries are different, less vulnerable than other tissues. We know that mutations must occur, but maybe it’s a rare event. We have to study this at the DNA level.”