Hope for Two was founded in the Fall of 1997 by three women who met and bonded over a shared experience – all three were diagnosed and treated for cancer while pregnant.

On December 1st, 1995, halfway through the pregnancy with her third child, Patty Murray, a founder and the current Board Chairwoman, was diagnosed with advanced stage Breast Cancer. Her excitement and anticipation were crushed. She was suddenly filled with fear and confusion, unsure of the options available to her – whether or not she could continue with the pregnancy or if she would be forced to terminate the pregnancy. She found that when she sought her doctors’ advice, they had very little experience to offer. She went to the American Cancer Society, but like the doctors, they could provide no guidance for Patty’s particular situation. 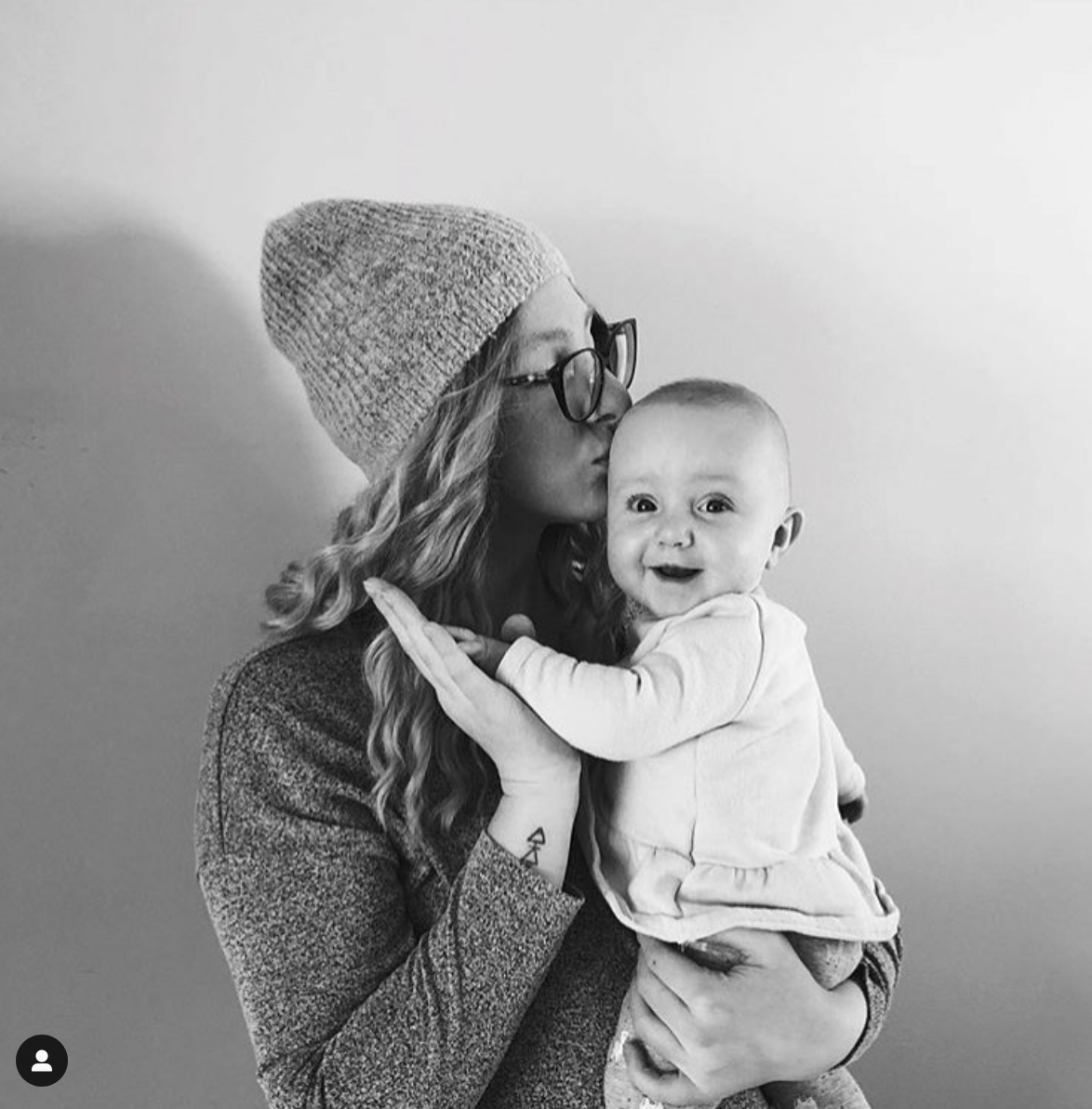 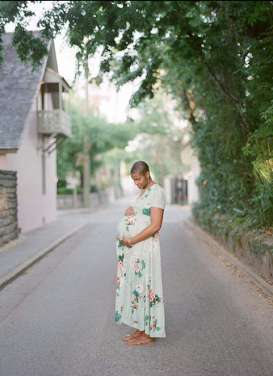 On blind faith, Patty decided to continue the pregnancy while undergoing major surgery and chemotherapy. The oncologist supported her decision, while the surgeon encouraged Patty to terminate the pregnancy with the concern that her chances of survival would diminish if she kept the baby.  Patty’s obstetrician deferred to the oncologist under the condition that if at any time her health was endangered, he too would recommend termination. The next year was filled with visits to the doctor for chemotherapy and check-ups: the obstetrician once a week, an ultrasound to check the health of the baby once a week, and the oncologist once or twice a week for chemotherapy. She was the bald pregnant lady at the obstetrician and the young woman with the big belly at the oncologist. She lived those months with the paralyzing fear that she had made a terrible decision – fear that her baby would be born with deformities, fear that her cancer would spread to her bones, and fear that this child, as well as her two older children, would be left without a mother.

The treatments were so exhausting that Patty feared she would be unable to keep up her strength for the baby to survive. She was unable to take the anti-nausea drugs prescribed to most cancer patients so she was required to drink weight supplements in order to keep the weight on. Nausea is a side-effect of chemotherapy, but Patty also feared that it could be a sign that the pregnancy was not going well and she would miscarry. And there were concerns related to her husband: his apprehension of losing his wife and of raising the children on his own. The day before her lumpectomy, as she rubbed her small stomach with her baby inside, was spent writing her will instead of setting up the baby’s room.

During this time of immense uncertainty and confusion, Patty was introduced to two women who had successfully undergone cancer treatments while pregnant – Mary Rose and Lisa. These women were able to provide the emotional support and understanding that Patty was unable to get anywhere else – not from her doctors, family members or from the volunteers at the American Cancer Society. These two women understood the dread, consternation and isolation she was experiencing. They helped to relieve the fear about the effects the treatment would have on her child. Their children were born healthy and were developing at a normal rate. At a time of constant uncertainty and apprehension, Mary Rose and Lisa offered a sense of stability and hope. Patty’s son was born in March of 1996 and they were there for her the whole time. They remained in her life until the baby was born, but once Patty’s treatments ended (she went on to have five more months of chemotherapy after  her son Patrick was born and then 5-1/2 weeks of radiation), in November of 1996, the woman fell out of touch and only called each other every few months.

During the Summer of 1997, eight months after the completion of her treatments, Patty began to experience debilitating panic attacks. She met with a counselor who diagnosed her with Post-Traumatic Stress Disorder and after four sessions, encouraged her to go out and help others. Unbeknownst to her, during the time the three cancer survivors were out of touch, Mary Rose had written a short paragraph that would be a sidebar to a major article in Redbook Magazine, May 1997, about her experience with pregnancy and cancer. In response to the article, Redbook received 12 letters from women across the country who also battled cancer while pregnant. When the three women finally met face to face in September of 1997, Mary Rose showed them the article and the responses. Patty, Mary Rose, and Lisa recognized that there were women who needed a support network similar to what they had for each other.  They felt strongly that they could be that support.

Patty spent the next few weeks investigating the possible existence of national or international groups that already filled the need; but upon finding nothing, they decided to incorporate. They paid the filing fees themselves and in October of 1997 the Pregnant with Cancer Support Group Inc. was born! A newsletter was written and the three of them recruited the women who responded to Mary Rose’s article, together becoming the first group of Volunteer Support Women.

Their mission has always been dedicated to providing women diagnosed with cancer while pregnant with information, support and hope – all the things that the founding members were seeking when they were first diagnosed. Their vision continues to be to offer resources and peer-to-peer counseling to all pregnant women diagnosed with cancer. The guiding principles of the organization are to serve women in all socioeconomic, ethnic and religious backgrounds world-wide; remove barriers to women obtaining complete and accurate information about their options for dealing with cancer while pregnant; and to respect and support every woman’s personal decisions without judgment. From conception until 2004, the organization operated with only a working board, no employees, with the mainstay to the support network made up of volunteers – women who survived cancer while pregnant.

Today, 20 years later, Hope for Two now has a Board of Directors consisting of eleven members including a licensed social worker who is a Cancer Counselor and one cancer survivor. Additionally, the organization has enlisted the assistance of a volunteer Advisory Board, including Dr. Elyce Cardonick from Philadelphia who is currently conducting a study on the affects of cancer treatment on babies and the survival rates of the women treated as compared to non-pregnant women. Dr. Cardonick acts as a liaison between newly diagnosed patients, their obstetrician and their oncologist to ensure that all those involved in the case have access to the best information for treatment and scans – the same information Patty desperately needed when she was diagnosed.

The organization has three part-time staff, each working approximately 5-10 hours per week; and Patty Murray currently volunteers as the acting Executive Director. They have trained over 445 Volunteer Support Women from all over the world representing 32 countries including Australia, Canada, the United Kingdom, Switzerland, Jordan, Russia, South Africa, India, Malaysia, Venezuela and Singapore. To date they have counseled over 1200 women. Their website has more than 1000 unique visitors each month providing countless others with the information, hope and resources they need.

Of the women receiving support, 70% have been diagnosed with Breast Cancer with 33 types of cancer represented. Women find it important to speak with another woman who has had the same type of cancer and stage; Hope for Two provides that support. Also, diagnosing cancer when a woman is pregnant is especially difficult, as is treating. Radiation is generally not an option, nor is a bone scan to find out if the cancer has spread to her bones. However, certain other staging scans are an option. Typically, many chemotherapy treatments and most major surgeries are deemed safe after the first trimester. Much of this information can be accessed directly on our website or by consulting with certain physicians and/or websites that we reference.